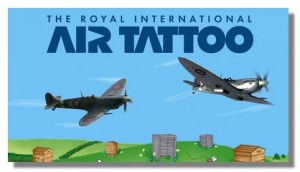 Providing a Mission Critical wireless network for the Royal International Air Tattoo (RIAT) over a 1,200 acre site is not an easy task.

Year round internet connectivity is provided by twin, 100Mb diversely routed Fibre cables, but during the Air Tattoo, the core network expands to provide connectivity for an additional 100 fixed computers and up to 10,000 WiFi users.  However, the real challenge is to extend the core network using wireless links, to enable mission critical coverage to key remote offices, including the Control Tower, Flight Centre, Security, emergency response units and a field hospital as well as the entrance ticket scanners, all of which are located around the 1,200 acre site.

ANLX provide external connectivity to the RIAT network via twin, 100Mb diversely routed Fibre links to create a secure, resilient Local Area Network (LAN).   The LAN is then extended during the Air Tattoo to include a Wireless Local Area Network (WLAN) using an encrypted 300Mb wireless ring around the Air Base with nodes at key points to enable access to the Ring from WiFi hot spots or core network extensions.

The wireless ring uses Point to Point (P2P) infrastructure by Sub10 and Cambium  and operates in the 5.8 GHz unlicensed spectrum, to deliver a self-healing 300Mb network, with 25 dBm of transmit power with up to 168 dB system gain using 22 dBi antennas.

WiFi access was enabled for Staff, exhibitors & visitors through the system that is capable of handling 2,500 concurrent sessions.

Read more on the Case Study on www.anlx.com