MPLS or Multiprotocol Label Switching is a “routing protocol” that attaches a virtual “label” to each data packet which is then used to route packets to a destination through a network. MPLS is currently the fastest protocol available as the forwarding decision is based on the label and not the full IP address lookup. MPLS is typically used to create a private networks over the public internet or an IP-VPN ANLX MPLS allows customers to deploy a private managed data network or an IP-VPN, which links multiple sites directly into ANLX’s core network using a wide range of circuits, including:

As the circuits connect into a central ‘cloud’ rather than to a specific site the network is more flexible & resilient than using site to site leased lines or VPNs which require expensive routers and configuration. Adding a new site into a network is as simple as just ordering a single circuit at the new address. ANLX will then connect this into your MPLS network, allowing data to securely route between sites without you having to set up VPNs & firewalls. 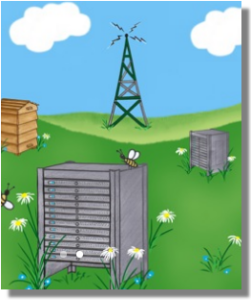